How Hyperconnectivity Will Drive The Car Journeys Of The Future

Thanks to vehicles that communicate with each other and their surroundings via high-speed networks, our cities could soon feature more smart roads and fewer red lights.

It’s more than 50 years since car manufacturers first built computers into their vehicles. Those basic chips helped to control the amount of fuel injected into the engine to keep it running smoothly. Similar digital controls are still used today, but computing power and functions in cars have both accelerated to the point where the automotive industry is expected to be among the top four industries for 5G internet enabled service provider opportunities by 2030.

The car of the future will be a rolling data platform

The automotive semiconductors market is expected to grow rapidly

That means today’s car companies are wrestling with the opposite problem to their predecessors: how to build their vehicles around a computer. For the car of the future will be a rolling data platform.

Approximate percentage of new vehicles sold that will be connected

“Using data collected from our cars, we can already use traffic congestion information in navigation, as well as vehicle diagnoses and trouble prediction to improve the efficiency of maintenance,” says Atsushi Koizumi, R&D Planning at NTT Corporation. “Looking towards future applications, it will be possible to monitor road conditions using onboard cameras and sensors.”

To test and develop the potential of such connected vehicle systems, NTT has worked with Toyota to prepare experimental cars and investigate how they communicate with infrastructure such as data centers and 5G networks. By driving multiple experimental vehicles in real-world trials on the streets of Tokyo, the project has shown the system can handle data sent to and from up to 30 million connected cars.

Koizumi says, at this time, the system can detect an obstacle and warn a moving car within five seconds at best. “We aim to speed up,” he adds.

We will improve efficiency and refine our infrastructure. At the same time, we will make more use of the large amount of data obtained from our vehicles and increase its value

To usefully detect obstacles, data sent by one vehicle must be shared with other vehicles in real time. Specifically, when a vehicle camera captures an image of an obstacle, data must be sent to a control center, which estimates the position of the problem. It must quickly get incoming data for vehicles that could be affected and send them a warning. Other key applications of such a connected infrastructure include generating accurate real-time maps and detecting congestion.

Static maps of cities are currently time-consuming to produce because details such as changes in the road surface and the positions of street signs are recorded by dedicated vehicles that travel the routes. Connected cars equipped with video cameras offer a much more efficient solution. Capturing the video data and location information routinely reported by regular journeys of connected vehicles could allow central control systems to draw more reliable maps in real time. In addition, they could be updated to include features such as temporary roadworks and parked cars.

Capturing video data could also significantly improve the detection of congestion. NTT is working on quantifying traffic volume and speed, for example, in neighboring lanes of a road. “If we can judge congestion of cars in adjacent lanes and notify vehicles, then it will optimize traffic flows and avoid congestion,” Koizumi says.

The rapid exchange and processing of data between vehicles and their surroundings lay a foundation for what some call a smart-city approach, to improve safety, reduce pollution and make journeys more efficient. In smart cities, connected vehicles would constantly communicate – with each other, with pedestrians and with critical road infrastructure such as traffic signals.

Cars could inform one another about road conditions and traffic, in order to adjust the speed of autonomous vehicles before the occupants even realize there is a problem ahead. Or onboard sensors could detect other cars being driven in dangerous or erratic ways and send reports to the authorities.

Koizumi says some of the most promising applications for the technology include those that “ensure safety and security while reducing the load on the environment”. More than half of the 1.3 million people who die worldwide in road accidents are the most vulnerable users: pedestrians, cyclists and motorcyclists.

Connected cars driving in a smart city could reduce this death toll. Benefits could be as simple as a person carrying a smartphone that lets the driver know they are there. Or, by processing location data, as well, nearby vehicles could be instructed to slow down when a pedestrian approaches a crossing or a cyclist prepares to pull out of a side road.

Drivers would benefit from smart cities, too. They might encounter fewer red lights, for example. Monitoring traffic flows could enable better-timed signal changes to reflect the number of cars approaching from different directions.

Hyperconnectivity between vehicles and their surroundings even raises the prospect of smart cities that do not need traffic lights at all. Researchers think road junctions could be managed similarly to air traffic, with each sensor-loaded vehicle individually tracked and then given a “slot” to proceed. It might sound a bit hair-raising but, for the car of the future, it could be green lights all the way. 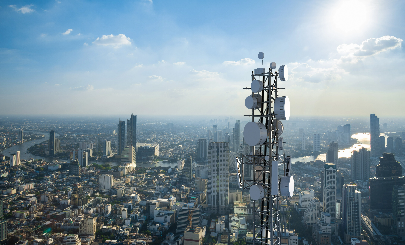 How 5G Is Poised To Revolutionize Driving

How ACES Is Steering
The Car Into The Future

Automated, Connected, Electric and Shared (ACES) vehicles are coming to a road near you – driven by a revolution in the computer infrastructure to support them